Six anglers in two small boats set out from Hodson Bay for a weekend of pike fishing.  They made their way towards Carnagh Bay, but as they rounded Yew Point, they encountered strong south-westerly winds.  The second boat turned back but the first continued, hugging the shore.  As they drew close to Whin Island, the boat was swamped by a large wave and sunk beneath the three-man crew.  Daryl Burke, John Trimble and David Warnock found themselves in the cold waters of Ballybay on Lough Ree.

Athlone Sub Aqua launched their ribs and began to search for Daryl. They followed a debris field that stretched across the lake from Yew Point to Inch Mor, covering an area of some five square miles. There was no sign of Daryl; they continued the search until nightfall.

Next morning we began what now had become a recovery operation, searching with sometimes as many as twenty-seven divers.  The Garda underwater unit and the Navy were also involved.

The search was coordinated by the Garda and each evening a debrief meeting was held in Bay Sports.  In attendance were the Garda, Navy, Civil Defence, Fisheries, Kayakers, Dog Handlers, Athlone Sub Aqua and representatives from other Sub Aqua Clubs involved in the search.

From the beginning we used CSIG charts marked up to show the area dived or surveyed so far. 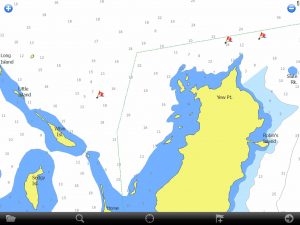 This represents the area sonar scanned during the search.  We first located the boat by side scan.

Each day, I marked the area dived, by placing a waypoint at each of the shot line or jackstay marks which had been put in place by the divers. 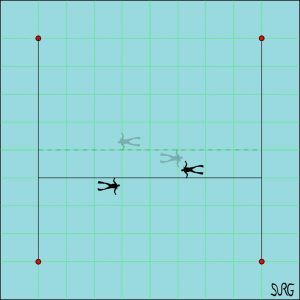 This gave an overall picture of the area dived and searched each day.

After sixteen long days, we recovered the body of Daryl and returned him to his family – R.I.P.